Alessandro received undergraduate education in Bologna University - Faculty of Law (Italy). He completed his Master's Degree with a thesis on “Constitutional rights related to trials" in 2004. He then applied to the Specialisation School of Law at University of Lecce (Italy) and got his specialisation in 2006, with a dissertation on "Cyber crimes and digital forensics".

In 2013 he defended his PhD in "Computer Engineering, Multimedia and Telecommunications" at the University of Florence - Department of Systems and Informatics - with a dissertation on "European Critical Infrastructure Protection. Ten years after 11th of September 2001 and an Outlook to the Future".
Between 2011 and 2016 he has been nominated Senior Lecturer in ‘Legal Informatics’ at the Specialisation School of Law - University of Salento (Italy). In 2016 and 2017 he has been lecturer at the Course “Protecting Critical Infrastructures” at NATO Centre of Excellence Defense Against Terrorism (COEDAT) in Ankara (Turkey).

Alessandro is part of the ERNCIP Project since December 2010. During the last 7 years, he has worked on policy support to the "European Programme for Critical Infrastructure Protection", to “Strengthening Europe's Cyber Resilience System and Fostering a Competitive and Innovative Cybersecurity Industry”, as well as on research and development of pre-normative support to standards, establishment of certification schemes for security products and development of qualified training for security managers.
He has also assessed and analysed the impact of security-related policies and regulations on European Union’s Member States and extracted best practices and key performance indicators. He is author of the book ‘European Critical Infrastructure Protection’ published by Springer Inc. in 2014. 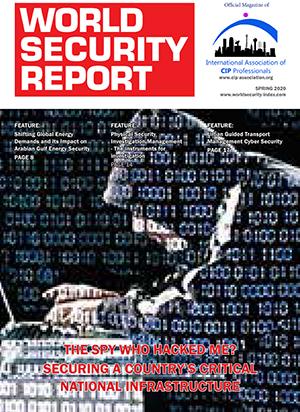