Opening the doors to life or deadly covid-19 outcomes

Companies, sites and venues must re-budget and re-equip their premises that will host human traffic with the re-opening of the economies. The vulnerability landscape has changed dramatically where a company or site cannot afford to have an infected person in their location. Simply put, if such occurs, that company or site will be closed down again for weeks on end.

Doctors and nurses know what they are dealing with, but the security practitioner may not know. The opening of the doors to certain businesses or sites could draw desperate or mentally unwell people that could cause chaos. Larry Barton, Ph.D., Distinguished University Professor of Crisis Management and Public Safety, University of Central Florida, USA states ‘’action steps and considerations that employers must take now, before rancour and situations of aggression and harm emerge in the workplace.  While all of us want to be optimists, we must be realists- the health check of employees in so many employment environments globally does not meet a "one size fits all standard."

If, employers race to bring back employees without thinking about the many nuances that the ‘paper’ outlines, they do so at their own peril. The paper he refers to is, ‘’Managing covid-19, The Security Manager’s strategic, operational and protocol guide to limiting collateral damage’’

Different locations could be opened in a layered approach. Each location or field of interest could have the same issues of distinct problem that need to be overcome before mass traffic Subsequently, the protocols for the security and public must be in place.

Let us keep in mind that security officers perhaps already know that they have had a life impacting experience or died, but there are those that have no idea if they have had a near miss or perhaps could be infected. There is not much one could do if a person is not at full blown status with a high temperature which is a problem but what is just as big or perhaps a bigger problem is the person that has a high temperature. Furthermore, security officers could be highly trained with physical handling abilities, but they may not be appropriate for front line positions.

This situation dictates that the equipment, technology and manpower must work in sync. The vulnerability landscape demands that the right people with the appropriate skills must be placed in distinct positioning. The comprehension of incident reporting is vital so as to detect if there are issues that must be uncovered or copycat problems occurring that must be arrested.

The security industry can be the foundation sector that can dismantle covid-19 by advising their clients on the technology, equipment and manpower that is required. Furthermore, the certain protocols can be adopted to their sites or distinct and relevant protocols must be designed and implemented.

In this pandemic situation, security success to limit the collateral damage of covid-19 will depend on the level of situational awareness of the decision-makers on the ground (all are decision makers) and their reaction speed. Reaction speed at this moment – is simply – REACT NOW. The booklet referred to in this work can be found on ISIO

The Honorable Judge William H. Webster has been presented with Lifetime Achievement award by IACIPP

The Honorable Judge William H. Webster has been presented with Lifetime Achievement award by the International Association of Critical Infrastructure Protection Professionals (IACIPP)

The award recognises his incredible service, not only to his country but to the global security community. Chairman of the IACIPP, John Donlon QPM, said “There can be few more deserving candidates for this Award and it is our honour to recognise his achievements and service.”

The Award was presented on behalf of the IACIPP by Mr Jeff Gaynor, CIPRNA Conference Committee Member.

In February 1978, Judge Webster was appointed by President Jimmy Carter as Director of the Federal Bureau of Investigation. Appointed by President Ronald Reagan, from May 1978 to August 1991 Judge Webster served as the Director of the Central Intelligence Agency and the Director, U.S. Intelligence Community. Judge Webster is the only person in U. S. History to serve in all three of these National Security positions. Upon his retirement from Federal service in 1991, Judge Webster practiced law in the Washington, DC offices of Milbank, Tweed, Hadley & McCloy, LLP. He has maintained an office there since his retirement.

In August 2005, Judge Webster was appointed by President George W. Bush as Chairman of the Homeland Security Advisory Council (HSAC). With the cascading consequences of the long-anticipated failure of the New Orleans Levee System still being inflicted, Judge Webster spearheaded an HSAC study into the adequacy of U.S. Critical Infrastructure Protection policies and programs. In January 2006, the HSAC’s “Report of the Critical Infrastructure Task Force” made public its principal recommendation: “Promulgate Critical Infrastructure Resilience as the top-level strategic objective — the desired outcome to drive national policy and planning.” The HSAC’s subsequent June 2011 “Community Resilience Task Force Recommendations” provided the vision and means to operationalize resilience in communities throughout America.

Judge Webster holds 18 honorary degrees and Doctorates and in further recognition of his singularly unique service to the Nation and among his many awards, Judge Webster is the recipient of the Presidential Medal of Freedom; the Distinguished Intelligence Medal; and the National Security Medal. In August 2017, the National Spy Museum presented to Former President George H. W. Bush The Honorable William H. Webster Distinguished Service Award.

Judge Webster was married to the late Drusilla Lane Webster for 34 years and is the father of three children. In 1990, Judge Webster married Lynda Clugston. Residing in the Washington, DC area, they enjoy seven grandchildren, a golden retriever, a tabby cat and three horses.

With respect to the significance of cyber defence of energy sector, with the support of NATO Science for Peace and Security Program, a five-day course was conducted in Ukraine under the hosting of the Ukrainian institute of Center for Security and Defence Studies (CSDS) with the partnership of the Institute for Security and Safety, Brandenburg University of Applied Sciences based in Germany. As being a part of the organizational committee, IACIPP also supported the event.

The Association's Caspian and MENA Region Director, Ayhan Gücüyener, participated the event as a lecturer and present on the "Cyber Defence in the Energy Security Context: Understanding the Vulnerabilities, Taking the Actions".

In a modern World of rapid technological changes it is an existential matter for every nation to strengthen its cyber defence. In addition, in case of a broad and sophisticated cyber attack targeting our vital critical infrastructures, the result would be catastrophic. In a rapidly digitalized world our telecommunication networks, water systems and energy infrastructures are becoming more and more vulnerable to cyber threats. However, among those, energy infrastructures are the most favourite target for hackers who know well that a big black out could cause a massive chaos and create a significant economic damage.

As a result, cyber vulnerabilities of energy infrastructures emerges as a crucial topic. The high significance of cyber defence for energy security is caused by twofold reasons. On the one hand, there is strong dependence of economy and society from energy sector. On another hand, there is an increasing trend of sophisticated cyber-attacks directed on energy companies and particular facilities all around the globe. Therefore, cyber security should be precisely considered beside physical protection that was dominated in last century, and comprehensive approach of cyber-physical protection should be implemented on critical infrastructure facilities. 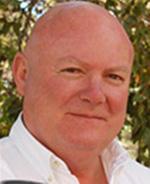 His primary role will be to develop closer relationships with the Regional authorities and stakeholders and raise the profile organisation throughout the Australasian region.

John Donlon QM Chairman of the IACIPP said: “We are extremely pleased to have a new director of Bill’s calibre. His depth of experience in both the public and private sector worldwide will be of tremendous value to us as we continue to develop the range of programmes we offer the CIP community.”

Frédéric Petit is a Research Scientist specialising in critical infrastructure interdependencies and resilience at Argonne National Laboratory. Dr. Petit leads the development of methodologies for the assessment of preparedness, mitigation, response, recovery, and overall resilience capabilities of facilities, communities, and regions. He also lends his expertise to work on risk, vulnerability and threat analysis of critical infrastructure. Dr. Petit received his PhD from the École Polytechnique de Montreal in Civil Engineering focusing on vulnerability analysis techniques for critical infrastructure and dependencies on cybernetics. After an initial formation in earth sciences and civil engineering, Dr. Petit has specialized in risk management and business continuity since 2002. Dr. Petit is member of various program committees for conferences such as the Symposium on Risk Management and Cyber-Informatics (RMCI) and the Critical Infrastructure Symposium (CIS)..

His primary role will be to develop closer relationships with the Regional authorities and stakeholders and raise the profile organisation within the USA and Canada.

John Donlon QPM Chairman of the IACIPP said: We are delighted to have a colleague of Frédéric’s caliber representing and promoting the work of the organization in North America. He has an incredibly impressive CV in the field of critical infrastructure protection so I am delighted to formally welcome him to the team.

The International Association of Critical Infrastructure Protection Professionals (IACIPP) is delighted to announce the appointment of Ayhan Gücüyener as the new Regional Director for the Caspian and Middle East North Africa.

Ayhan received undergraduate education in Galatasaray University Faculty of Economics and Administrative Sciences, Department of International Relations between 2006 and 2012 in French. During her education, she went to IEP Bordeaux, France as an Erasmus exchange Student in the fall term of the 2009-2010 academic years. She completed her education with a thesis on “La Participation des Pays Emergents dans la Gouvernance Economique Mondiale après la Crise de 2008” (Participation of Emerging Economies to Global Economic Governance after the 2008 Crisis). She finalized her graduate education in Bilgi University Department of International Political Economy with the thesis on “Political Economy of Turkish Azerbaijani Energy Relations”.

Ayhan has worked at HASEN (Hazar Strategy Institute)’s Center on Foreign Policy and Security as a researcher from September 2013 to July 2016. Also, she was coordinating CIPALERT Platform launched in 2015 by HASEN during June 2015-July 2016. She is one of the co-authors of the handbook of “Critical Energy Infrastructure Security” released by Hazar Strategy Institute in 2015 and she was technical editor of the edited volume on “Critical Energy Infrastructure Protection and Cyber Security Policies She has attended numerous international organizations as a lecturer or speaker. She was also co-director and lecturer in the “CIP against Terrorist Attacks” training course organized by COE-DAT (NATO Center of Excellence Defense Against Terrorism) and HASEN in November 2015. Currently, she is active in IAEA (International Atomic Energy Agency)’s cyber/computer security working groups. In addition, she is a member of Bosphorus Energy Club’s Young Energy Leaders Program and previous lecturer in the Global Cyber Security (CS) Alumni Community of Interest (COI) by George C. Marshall European Center for Security Studies in Germany. Ayhan Gücüyener is fluent in French and English.

John Donlon QPM Chairman of the IACIPP said: I am delighted that Ayhan has taken up a position as Regional Director with us. We are building an international team of professionals who we believe will be of great assistance to the world of infrastructure protection in the future and Ayhan makes a great addition to that team. Ayhan will lead a new Working Group on focussing on Critical Energy Infrastructure.

We will continue to welcome new members who share with us the desire to make the world a safer place.