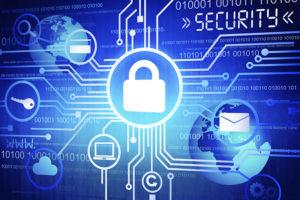 Federal agencies with a lead role to assist and protect one or more of the nation's 16 critical infrastructures are referred to as sector risk management agencies (SRMAs). The SRMAs for three of the 16 have determined the extent of their sector's adoption of the National Institute of Standards and Technology's (NIST) Framework for Improving Critical Infrastructure Cybersecurity (framework). In doing so, lead agencies took actions such as developing sector surveys and conducting technical assessments mapped to framework elements. SRMAs for four sectors have taken initial steps to determine adoption (see figure). However, lead agencies for nine sectors have not taken steps to determine framework adoption.

Regarding improvements resulting from sector-wide use, five of the 16 critical infrastructure sectors' SRMAs have identified or taken steps to identify sector-wide improvements from framework use, as GAO previously recommended. For example, the Environmental Protection Agency identified an approximately 32 percent overall increase in the use of framework-recommended cybersecurity controls among the 146 water utilities that requested and received voluntary technical assessments. In addition, SRMAs for the government facilities sector identified improvements in cybersecurity performance metrics and information standardization resulting from federal agencies' use of the framework. However, SRMAs for the remaining 11 sectors did not identify improvements and were not able to describe potential successes from their sectors' use of the framework.

SRMAs reported various challenges to determining framework adoption and identifying sector-wide improvements. For example, they noted limitations in knowledge and skills to implement the framework, the voluntary nature of the framework, other priorities that may take precedence over framework adoption, and the difficulty of developing precise measurements of improvement were challenges to measuring adoption and improvements. To help address challenges, NIST launched an information security measurement program in September 2020 and the Department of Homeland Security has an information network that enables sectors to share best practices. Implementing GAO's prior recommendations on framework adoption and improvements are key factors that can lead to sectors pursuing further protection against cybersecurity threats.

The U.S. has 16 critical infrastructure sectors that provide clean water, gas, banking, and other essential services. To help protect them, in 2014 the National Institute of Standards and Technology developed cybersecurity standards and procedures that organizations within these sectors may voluntarily use. Federal agencies are charged with leading efforts to improve sector security.

The GAO have found agencies have measured the adoption of these standards and procedures for 3 of 16 sectors and have identified improvements across 2 sectors. For example, the EPA found a 32% increase in the use of recommended cybersecurity controls at 146 water utilities.