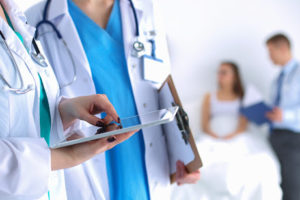 The Centre Hospitalier Sud Francilien (CHSF) said an attack on its computer network was detected in August. The hospital has referred patients elsewhere as the cyberattack rendered various technical systems ‘inaccessible’.

The cyberattack made various systems “inaccessible” including business software, storage systems in areas such as medical imaging, and the info systems on patient admissions, according to a CHSF statement.

As a result of the attack, patients whose care requires access to the hospital’s technical systems have been redirected to other hospitals in the area. Those who present themselves to the emergency room are being evaluated by CHSF’s medical staff, and being transferred to other institutions if necessary.

The hospital, which serves an area of around 600,000 people, said that measures have been taken to care for those already hospitalised there. However, the “exceptional situation” is expected to have an impact on the operating room, as it is closely linked to the affected technical platform.

French paper Le Monde reports that a ransom of $10m was demanded by the hackers responsible.