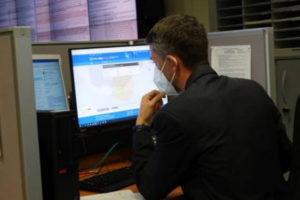 Countries need to work closely together in the event of a nuclear emergency, so sharing experience and improving emergency preparedness are key tasks stemming from the IAEA’s mandate. Those responsible for emergency preparedness at the national level – officially referred to as Competent Authorities – met in Vienna last week at the 11th Meeting of the Representatives of Competent Authorities identified under the Early Notification Convention and the Assistance Convention, and discussed ways to ensure that the necessary expertise, services and equipment are available promptly upon request by any government in the event of a nuclear or radiological emergency.

In his remarks, IAEA Director General Rafael Mariano Grossi referred to the role of the two conventions in relation to nuclear facilities in Ukraine. “Everything we have done to assist Ukraine in maintaining nuclear safety, security and an adequate level of safeguards; everything we have done to inform the wider world of the situation during this first military conflict fought in the direct proximity of a major nuclear power programme, we have done through the framework that many of you have built and improved in the years leading up to today…this framework is being tested like never before,” he said.

A strong and integrated international framework for notification and assistance in the event of a nuclear emergency is essential to protect people and the environment from the harmful effects of ionizing radiation, said the meeting’s Chair, Faizan Mansoor, Head of the Pakistan Nuclear Regulatory Authority. “This meeting is essential, since it gathers the world’s experts in nuclear emergency preparedness and response to determine if our arrangements remain effective when emergencies occur under increasingly complex conditions,” he said.

Competent Authorities are the entities designated by their governments to carry out specific duties with respect to issuing and receiving information relating to nuclear and radiological emergencies under these conventions. They meet every two years to evaluate and strengthen the implementation of the Early Notification Convention and the Assistance Convention. Both conventions were concluded in 1986, in the immediate aftermath of the accident at the Chornobyl Nuclear Power Plant, and establish the international framework for the exchange of information and the prompt provision of assistance in the event of a nuclear or radiological emergency, with the aim of minimising the consequences.

“Radiation does not recognize borders, and countries need to work together swiftly to prevent people from coming to harm in the wake of a transboundary radioactive release,” said Carlos Torres Vidal, Director of the IAEA’s Incident and Emergency Centre.
Preparing to Respond to a Rare Event

The IAEA has created a number of platforms and mechanisms, such as the Unified System for Information Exchange in Incidents and Emergencies (USIE), the International Radiation Monitoring Information System (IRMIS) and the Assessment and Prognosis Tools and the Response and Assistance Network to help countries work with each other, and with the IAEA and other international organizations, during a response. For example, USIE is a secure platform for information sharing that allows countries to fulfil their obligations under the Early Notification Convention; the same function is performed for the Assistance Convention by the Response and Assistance Network, or RANET, which allows countries to offer, and receive, assistance and expertise; and IRMIS collects and maps large quantities of environmental radiation monitoring data during nuclear or radiological emergencies.

The IAEA supports countries in setting up robust preparedness mechanisms, through the development of safety guides and publications, and the provision of trainings and other capacity-building initiatives.

Although most people associate nuclear emergencies with accidents at nuclear power plants, such as those at Chornobyl (1986) and Fukushima Daiichi (2011), such events are in fact very rare. At the same time, the Response and Assistance Network has been mobilized several times in the past decade to respond to countries dealing with the consequences of far more common radiological emergencies, such as workers becoming accidentally exposed to hazardous levels of radiation from contact with radiation sources used in industry or medicine.

“These past two years have demonstrated that emergencies come in diverse forms such as earthquakes, floods and fires, and that we need to pay more attention than ever before to our motto: Prepare. Respond. Improve,” said Lydie Evrard, Deputy Director General and Head of the Department of Nuclear Safety and Security. 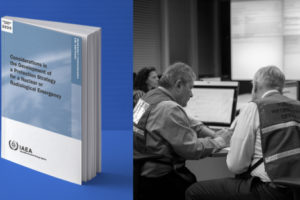 How do you create a national strategy to protect people in a nuclear or radiological emergency based on lessons learned, scientific evidence and good practices? A new IAEA publication, Considerations in the Development of a Protection Strategy for a Nuclear or Radiological Emergency provides the concepts and practical considerations needed to build that protection strategy.
“The publication is universally adaptable and addresses the different aspects of an emergency from the direct radiological consequences to protecting against non-radiological aspects, which are decisive for an effective response,” said Svetlana Nestoroska Madjunarova, former counsellor in monitoring and emergency at the North Macedonian Radiation Safety Directorate and author of the publication.
Five main topics are covered in the publication: the concept of a protection strategy for a nuclear or radiological emergency, the basis and process for the development of a protection strategy, processes for justifying and optimizing protection and safety and consultation with interested parties. These five topics provide guidance to those planning a protection strategy, the underlying concepts and they also provide practical guidance on implementation in alignment with the IAEA safety standards and the goals of emergency response as defined in General Safety Requirement Part 7.
The publication also provides an outline for national protection strategies to support national efforts to develop justified and optimised plans to protect health and minimize danger to life and property during and following a nuclear or radiological emergency, as well as specific guidance for the effective, optimal implementation of the strategy in emergency response.
Protection measures should be based on scientifically justified methods and applied only when observations in the field indicate action is necessary. In this manner, maximum protection can be provided with minimum social and economic disruption. Justification in emergency response means taking diverse factors into account to achieve more good than harm. Optimization is a process that applies the resources at hand in the most effective manner to provide the best protection during an emergency.
Core objective
The guidance addresses both the early stages of the emergency response and the subsequent return to normality in the affected areas, while also touching on environmental, economic and other consequences. These considerations, previously addressed in separate publications, are now gathered for the first time in this unified volume.
“Effective emergency response planning requires a holistic approach that addresses all the issues arising during and following an emergency, not solely the initial consequences of the nuclear or radiological emergency,” said David Owen, expert from the United Kingdom on the publication drafting group.
The publication reflects the latest safety requirements and recommendations in emergency preparedness and response and supports their implementation.
“The eventual return to normality following an emergency is an important consideration in the protection strategy,” Madjunarova said. “Countries may expect that in this post-emergency period there is enough time to acquire the relevant social, economic and radiological information needed to make optimal decisions. Lessons learned show that a comprehensive strategy is essential in making and implementing those decisions in a timely manner.”
The publication also offers practical advice on the possible transboundary consequences of a nuclear or radiological emergency to identify potential hazards to aid cooperation with all countries that may be affected by such events to ensure effective and consistent protection of the affected populations and the environment across borders.
Leave a comment criticalinfrastructureprotection, energysecurity, iaea, nuclearenergy

Ensuring the Safety of Nuclear Installations: Lessons Learned from Fukushima

The Fukushima Daiichi nuclear accident reinforced the importance of having adequate national and international safety standards and  guidelines in place so that nuclear power and technology remain safe and continue to provide reliable low carbon energy globally.
By recognizing the lessons learned from the 2011 accident, the IAEA has been revising its global safety standards to ensure that Member States continue to receive up-to-date guidance of high quality.
“The Fukushima Daiichi accident has left a very large footprint on nuclear safety thinking, which manifested itself in a distinct shift from the prevention of design basis accidents to the prevention of severe accidents and, should an accident occur, the practical elimination of its consequences,” said Greg Rzentkowski, Director of the IAEA’s Division of Nuclear Installation Safety.
Following the accident, through a review of relevant standards, including the IAEA safety standard on design safety, experts found that a higher level of safety could be incorporated into existing nuclear power plants by adhering to more demanding requirements for protection against external natural hazards and by enhancing the independence of safety levels so that, even if one layer fails, another layer is unimpacted and stops an accident from happening.
While requirements for protection against natural hazards have always been included in the design of nuclear reactors, these have been strengthened since the accident. In general, the design requirements now take into account natural hazards of an estimated frequency above 1 in 10 000 years, as opposed to 1 in 1000 years used previously.
Incorporating these new safety standards into the design of existing reactors was subsequently tested through comprehensive safety assessments and inspections. The assessments took into account the design features of installations, safety upgrades and provisions for the use of non-permanent equipment to demonstrate that the probability of conditions that may lead to early or large releases is practically eliminated.
“New power plants are designed to account for the possibility of severe accidents,” said Javier Yllera, a senior Nuclear Safety Officer at the IAEA. “Different safety improvements have been implemented at existing power plants, together with accident management measures.”
Safety assessments or ‘stress tests’ implemented in the European Union following the Fukushima Daiichi nuclear accident focused on the assessment of natural hazards such as earthquakes and flooding, and on the behaviour of power plants in cases of extreme natural events and severe accidents. The overall objective was to analyse the robustness of reactors to such events and, if necessary, increase it. The margins of the safety of reactors were analysed and possible improvements were identified. The implementation of those stress tests remained the responsibility of Member States, and resulted in many design and operation enhancements in Europe.
[Source: IAEA]
Leave a comment criticalinfrastructureprotection, energysecurity, nuclearenergy