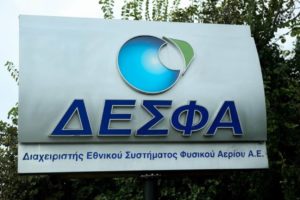 A group of cyber extortionists called Ragnar Locker claimed responsibility for the recent cyber-attack against the National Gas System Operator (DESFA) in Greece.

DESFA announced that it had suffered a cyber-attack on part of its IT infrastructure, which resulted in a “confirmed impact on the availability of certain systems and the possible leakage of a number of files and data.”

DESFA is responsible for the operation, management, exploitation, and development of the National Natural Gas System and its interconnections.

The statement said that IT services were proactively deactivated to limit any potential spillage and to investigate the incident while ensuring the adequate operation of the national gas supply system at all entry and exit points of the country without any complications.

The FBI has linked the Ragnar Locker group to attacks on at least fifty-two organizations and companies related to critical infrastructure in the US over the last two years.