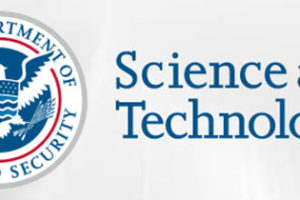 “Many U.S. gunshot detection technologies are not easily deployed in the field or at temporary locations,” said Dr. Dimitri Kusnezov, DHS Under Secretary for Science and Technology. “This new system can be moved by one or two officers without the need for technicians to transport and set up. This mobile capability will help responders approach gun violence incidents with greater awareness, reducing response times and increasing responder safety.”

The portable system is an enhancement to the current commercial, off-the-shelf Guardian Indoor Active Shooter Detection System. SDS Outdoor uses two factors—the sound and flash of the gunshot—to detect and validate each gunshot, drastically reducing false positives. Most other systems rely principally on sound, which can have higher false positive rates. Moreover, SDS Outdoor can be deployed for temporary events in locations where infrastructure support is not available, such as open-field concerts or pop-up rallies.

Delivery of this mobile system comes after almost two years of development. Prototype testing started in January 2022, and SDS provided a real-time demonstration to a user advisory group in May. It was then tested by S&T’s National Urban Security Technology Laboratory and the First Responder Technology Program team in an Operational Field Assessment at Fort Dix, New Jersey, in November. Feedback from participating law enforcement agencies who participated in the evaluations helped make the system more effective in detecting and alerting responders to gunshots.

SDS Outdoor also complements other S&T-developed detection and tracking technologies, such as MappedIn Response and Detection of Presence of Life through Walls, giving first responders a more holistic view of what they are dealing with so they can coordinate their responses accordingly.