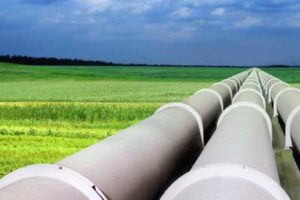 Almost 350,000 miles of interstate gas and hazardous liquid transmission pipelines transport products across the U.S. The quality of individual components used in constructing these pipelines is critical to protect life, property, and the environment.

The GAO reviewed data on the quality of fittings, flanges, and valves on interstate transmission pipelines, and found that manufacturing defects rarely contribute to accidents. For instance, such defects contributed to less than 2% of all accidents between 2016-2020. They caused zero deaths or hospitalizations, and spilled fewer gallons of hazardous liquid (on average) than other types of accidents.

Manufacturing defects involving certain pipelines components—specifically fittings, flanges, and valves—accounted for less than 2 percent (23 of 1,529) of all accidents on gas and hazardous liquid interstate transmission pipelines from 2016 through 2020, according to GAO's analysis of Pipeline and Hazardous Materials Safety Administration (PHMSA) data. During this period, none of the reported 10 fatalities or 24 injuries requiring in-patient hospitalizations were related to accidents involving such defects. The amount of product released was also lower than average for all accidents that GAO reviewed. For example, accidents involving manufacturing defects in these pipeline components resulted in the spillage of 69 barrels of hazardous liquid on average, compared to an average release of 242 barrels for all accidents. Many selected stakeholders GAO interviewed also said that manufacturing defects in pipeline components rarely contribute to accidents.

All selected operators GAO interviewed described taking a number of steps to design, inspect, and test pipeline components to ensure quality prior to placing the components into service. Many of these selected operators described taking steps above PHMSA's minimum safety standards. For example, some operators described conducting inspections of manufacturers' processes or requiring manufacturers to maintain voluntary management and design certifications. According to these selected operators, these actions help ensure that manufacturers have the skills and expertise to construct high-quality pipeline components. While selected operators generally did not describe additional testing steps, many of these operators and other stakeholders agreed that defects are often identified during the testing of components. Specifically, PHMSA generally requires that operators conduct a hydrostatic test—whereby the pipeline is pressurized to a level above the normal operating pressure—to ensure the integrity of the pipe and components prior to the pipeline being placed in service.

The U.S. pipeline network includes almost 350,000 miles of interstate gas and hazardous liquid transmission pipelines that operate at high pressures and transport products across the country. The integrity of individual components used in constructing these pipelines is critical to protect life, property, and the environment. These components include fittings to accommodate changes in terrain or direction of the pipe; flanges to connect pipes and other equipment together; and valves to help control the flow and pressure of product in the pipe.

Due to potential concerns about the manufacturing process for pipeline components, GAO was asked to review the quality of fittings, flanges, and valves on interstate transmission pipelines. This report describes: (1) the extent to which manufacturing defects in pipeline components have contributed to accidents from 2016 through 2020, and (2) the actions selected pipeline operators have taken to ensure the quality of components manufactured for their pipelines.

GAO analyzed PHMSA's accident data on interstate transmission pipelines for gas and hazardous liquid—including number, item involved, cause, related fatalities and injuries, and amount of product released—from 2016 through 2020, the most recent 5-year period for which data were available. GAO assessed the reliability of the data by reviewing PHMSA reports and interviewing PHMSA officials, among other things, and found the data to be sufficiently reliable to describe the frequency in which manufacturing defects contributed to reportable pipeline accidents.