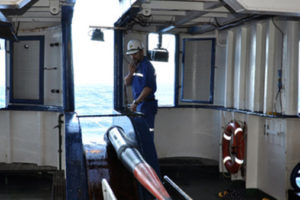 Over 1.3 million kilometres of submarine telecommunications cables now span the world’s oceans. As the network grows and old cables are replaced, the next generation of cables could form a real‑time ocean observation network able to provide accurate early warnings of tsunamis and a wealth of valuable data for climate science.

A standard SMART cable, meaning a telecom cable upgraded for “Scientific Monitoring And Reliable Telecommunications”, will include climate and hazard‑monitoring sensors designed to co‑exist with telecom components and to last for the same 25‑year lifespan as any commercial cable.

Two new standards now under development at the International Telecommunication Union (ITU) will support this aim, providing for both SMART cables and cables dedicated exclusively to scientific sensing. This standards effort builds on minimum requirements established by the Joint Task Force on SMART Cable Systems, formed in 2012 with the support
of ITU, the UNESCO‑Intergovernmental Oceanographic Commission (UNESCO‑IOC) and the World Meteorological Organization (WMO).

“We aim to reach a point where cable system suppliers are offering all their customers the option of standardized SMART capability,” says task force chair Bruce M. Howe, a University of Hawaii research professor.

At Station ALOHA 100 kilometres north of Oahu, Howe installed and now operates a cabled scientific observatory at a depth of 4728 metres, making it the world’s deepest of its kind.

The Joint Task Force has helped develop the technical and financial feasibility of SMART cables. It now works closely with United Nations organizations, governments, and businesses intent on deploying SMART cables at scale.
A Portuguese first

Two years ago, Alcatel Submarine Networks became the first cable provider to commit to SMART, while Portugal’s telecom regulator ANACOM pledged to build SMART into the new CAM [Continent‑Azores‑Madeira] ring cable connecting the mainland to islands a thousand kilometres out in the Atlantic Ocean.

“SMART cables have been on our agenda since 2018, when planning the replacement of the ageing existing cables,” says João Cadete de Matos, Chair of ANACOM.

The submarine cable division of NEC Japan has installed more than 6000 kilometres of submarine cables dedicated to scientific sensing, which are now operated by Japan’s National Research Institute for Earth Science and Disaster Resilience. The first submarine cables for tsunami forecasts were deployed 12 years ago, and the network was expanded after the 2011 Great East Japan Earthquake — but without supporting commercial telecoms in parallel.

The Brazil‑Portugal trans‑Atlantic cable system, known as EllaLink, was the first to dedicate a fibre of a commercial telecoms cable to environmental sensing, between Madeira Island and the trunk cable. Portugal now plans to include full‑fledged SMART capability in the new CAM cable ring, with sensors embedded in the 50 or so repeaters distributed at 70‑kilometre intervals along the 3700‑kilometre system.

“We understood the significance of the opportunity. Three tectonic plates meet in this region, making it prone to earthquakes, and much international data traffic will run through the region,” says Matos.

This system could become the first step towards commercial telecom cables equipped with SMART capabilities.

“Portugal has been a huge voice of support. Some 15 to 20 per cent of international submarine cables will pass through Portuguese waters,” says Howe. “Portugal’s experience can catalyse the growth of a SMART cable community in Europe and globally.”

Added SMART capability will form around 10 per cent (EUR 12 million, or about USD 13 million) of the total cost to deploy the new government‑sponsored CAM cable. Expected to enter service in 2025, the cable will be constructed integrating sensors built by specialized companies.

Other SMART projects are in various stages of planning and development in Indonesia, the Vanuatu–New Caledonia island area, and even Antarctica.

The project between Vanuatu and New Caledonia — supported by the Joint Task Force with funding from the Gordon and Betty Moore Foundation — will establish cable linkage across a “young” subduction zone (just 50 million years of age), complete with a 6500‑metre‑deep trench where hundreds of earthquakes are known to happen each year, with associated tsunami risks.

“This project will be a major accomplishment for the Joint Task Force,” says Howe, “and important in forming the foundations of an enduring regional science and early‑warning ecosystem, bringing together scientific communities, providing training, and bringing more confidence to government and industry.”

SMART cables include tried‑and‑tested environmental and hazard‑monitoring sensors in cable repeaters, which house devices amplifying the optical communication signals at intervals along a submarine cable.

Three sensors measure ocean‑bottom temperature as an indicator for climate trends; pressure for sea‑level rise, ocean currents, and tsunamis; and seismic acceleration for earthquake detection and tsunami alerts. Sensors should be operational at all times, and all detected data will be transmitted to cable landing stations at the speed of light.

“The three sensors will give us essential ocean variables, and they are compact and robust, and relatively easy to integrate in cable repeaters,” says Howe.

And SMART monitoring will keep getting smarter, he adds.

“In 10 years, we could consider more elaborate sensing capabilities, such as salinity, to add to what temperature and pressure tell us about circulation; water chemistry to understand risks like ocean acidification; and ocean sound measurements for monitoring marine mammals and biodiversity.”

Undersea and under budget

For now, some 70 DART buoys — for Deep‑ocean Assessment and Reporting of Tsunamis — are the principal existing means of tsunami detection.

But 30 per cent of those are typically out of service at any time, says Howe. By contrast, probability studies suggest a failure rate of just 5 per cent for the new sensors over a cable’s 25‑year operational life.

A SMART cable spanning the Pacific region, where most of the US‑operated DART buoy network is located, could therefore come at a more attractive price as well as offer more valuable and reliable real‑time data with no maintenance.

The current DART buoy programme run by the US National Oceanic and Atmospheric Administration (NOAA) costs USD 27 million a year, while the international Argo programme, with 4000 expendable floats, costs around USD 32 million a year.

The US National Science Foundation’s Ocean Observation Initiative, using buoys, gliders, autonomous vehicles, and a cable system, has annual operating costs of about USD 44 million, on top of some USD 400 million it took to set up.