The importance of early warning systems in disaster risk reduction 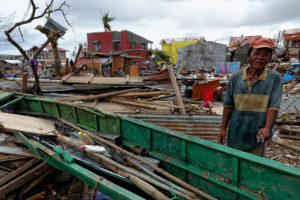 It is not enough for an early warning system to correctly identify an incoming hazard, it must also ensure that the populations and sectors that are at risk can receive the alert, understand it, and most importantly, act on it.

The impacts of a disaster are often unequally distributed, affecting disproportionately the most vulnerable. These events cause a disruption in the economy and livelihoods of people, producing dramatic socio-economic downturns that hamper short-term recovery and long-term development. On this basis, the promotion of resilience to face all kinds of shocks and stresses is considered a key element for the global development agenda.

In line with this perspective, and in accordance with its mandate, the International Labour Organisation (ILO) has focused on building resilience through the promotion of employment and decent work.

In order to achieve this, the ILO works with its tripartite constituents – governments and employers’ and workers’ organizations – to develop a response to disasters that can answer immediate needs, but also deploy a long-term vision to build resilience for risk management through employment-centred measures. These include skills development, job creation through employment-intensive investments, enterprise support and business continuity management, among others.

This year, the International Day for Disaster Risk Reduction focuses on early warning systems, a fundamental element to decrease the destructive impacts of a disaster. An effective early warning is capable of saving many lives and reducing damage by 30% if activated 24 hours before the event. However, today, one-third of the world’s population, mainly in the least developed countries, is still not covered by early warning systems.

The purpose of early warning systems is mitigating the risk produced by disasters, but these risks are compounded by the socio-economic vulnerability of the population exposed to the hazards. In this context, early warning systems must be inclusive and sensitive to the different sources of vulnerability. As indicated by the United Nations Office for Disaster Risk Reduction (UNDRR) , these systems must be people-centred, end-to-end, and multi-hazard.

Early warning systems play a significant role in the world of work. By disseminating timely and accurate information regarding disaster risk, they enable preparedness action as well as a rapid response from workers, employers, and national or local authorities, and can therefore prevent human and economic losses in the workplace. For instance, farmers, pastoralists, fishers, and foresters are among the most-at-risk communities to disasters. Moreover, early warning systems can also play a crucial role in decent work, as part of the occupational health and safety standards in disaster-prone countries.

Early warning systems are essential to prepare and respond effectively in the short term, corresponding to the first stages of disaster management. Moreover, the implementation of such systems can also contribute to building resilience, as enhancing preparedness strengthens the capacity to recover rapidly, and reduces vulnerability.